I had so much fun and frustration when building this house! While doing the research I learnd a lot more about Victorian era and architectural styles.

The Victorian era, named after the British Queen Victoria, was between Georgian and Edwardian eras from 1837 to 1901. The Victorian era was atleast partly simultaneously with the beginning of La Belle Èpoque in France and the Gilded Age in United States with partly similar concept, Oscarian era in The United Kingdoms of Sweden and Norway and Gründerzeit in German and Austria. The era is said to be stigmatized by a great split between different social classes and double standarts what comes to the upper class mens style of life with, for example, different bathrooms for men and women but going out to lewd revues and brothels and it was perhaps the beginning of wider materialism.
The Victorian architecture was greatly affected by the Industrial Revolution. New technology abled the use of iron as a building component and bigger homes were built to show the wealth of the owner.

What we call Victorian consist of multiple substyles and many styles were actually revivals of older styles in history with origins as far as Ancient Rome. The Victorian era styles were spread to the rest of United Kingdoms, the British colonies, further Europe and to Canada and America by emigration of British architects. Because of that Victorian style has much variety, so a short answer for what is Victorian architecture doesn't exist. In general Victorian houses were built during the Victorian era. The buildings built to be a home were at least two storey high, free-form and irregular houses with lots of small functional rooms. Exteriors were bricks or bright and colourful board wall with gingerbread ornaments, gables, facades, porches and steep roofs, but interior was often dark with wooden flooring and dark wallpapers. Victorian houses were built as long rowhouses or as town houses.

List of styles I found so far:
-Queen Anne style, evolved from Stick Style, that varied between Great Britan, Australia and America, where it took influences from Neo-Gothique. Includes Eastlake Style, Folk Victorian in America and Stick-Eastlake or Victorian Stick, wich is a mix of Easlake and Stick Style.
-Arts and Crafts Movement
-The beginning of Neo-Classism, including Greek Revival, that has multiple examples in the city centre of our capital Helsinki.
-Neo-Renaissance, with Baroque and Rococo influences. Included Second Empire, Tudor Revival and Jacobethan styles.
-Neo-Gothique, including Scottish Baronial
-Neo-Romanesque
-Italianate in the beginning of the Victorian era
-Shingle Style in America with less ornaments. In America Victorian and Edwardian, style after Victorian, houses, were called "Painted Ladies" for their tricoloured exteriors. 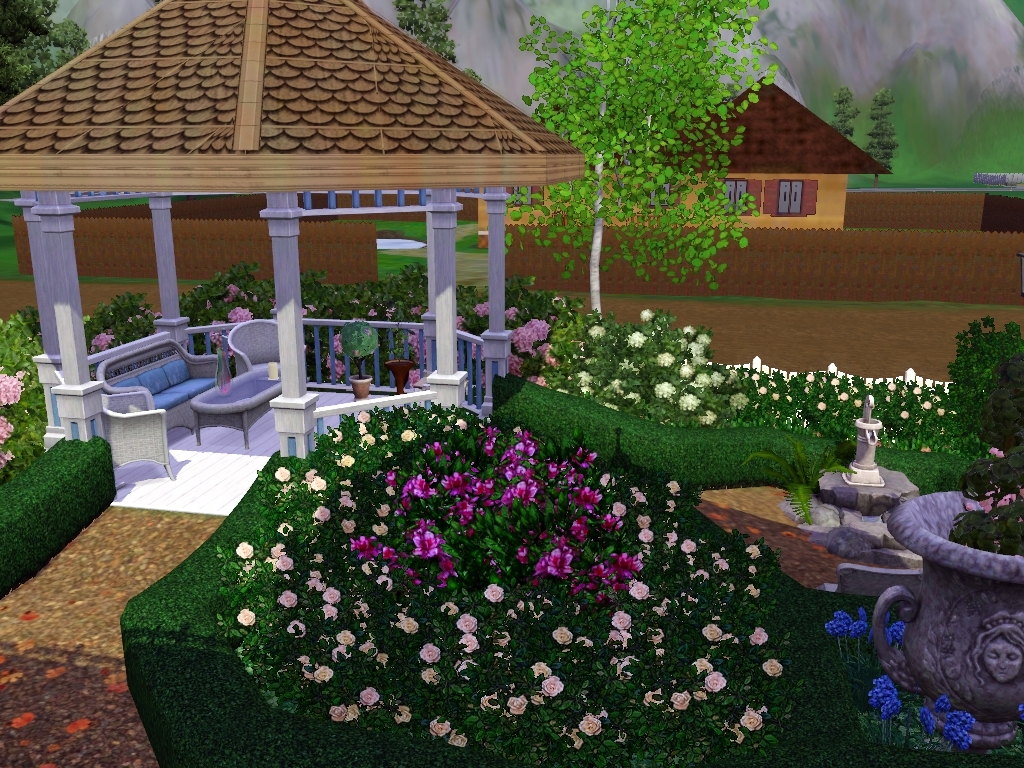 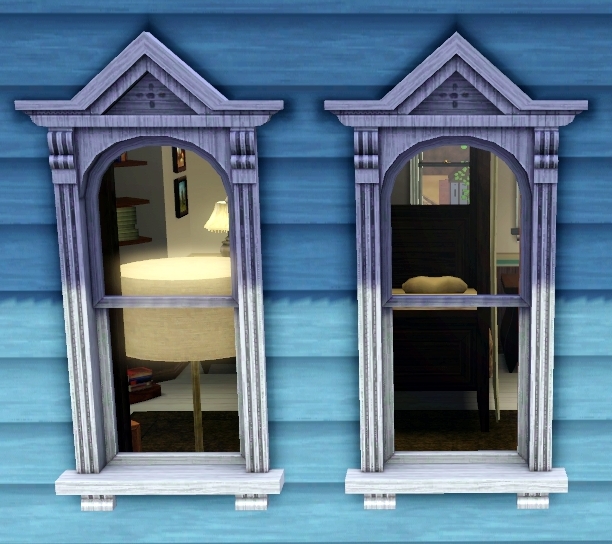 Summerhouse
Flowers
Bush fencing (I had a better one, but I can no longer find it) 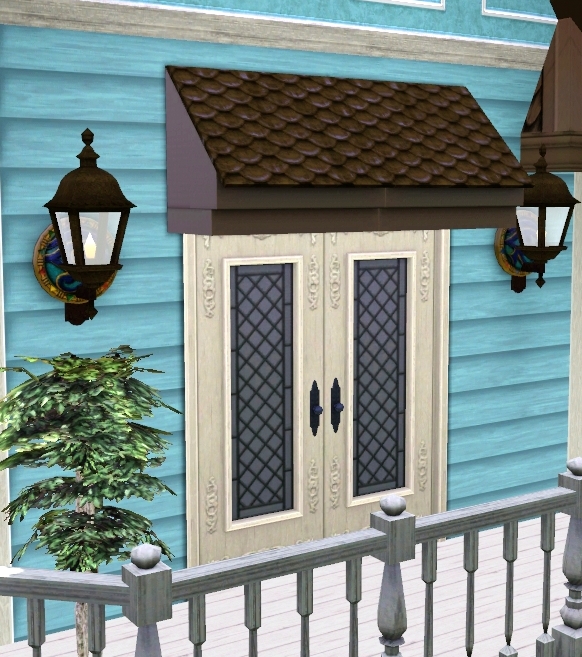 Lamps beside doors and a porch canopy 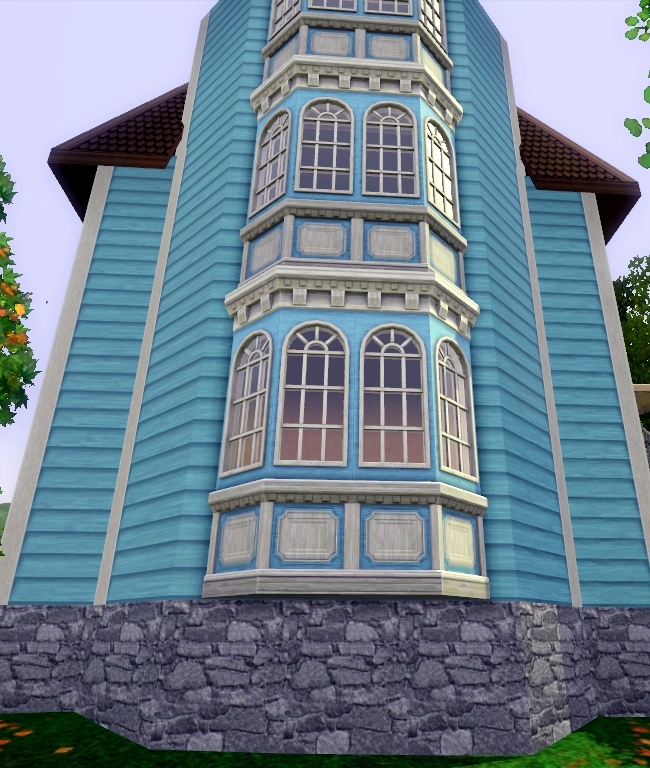 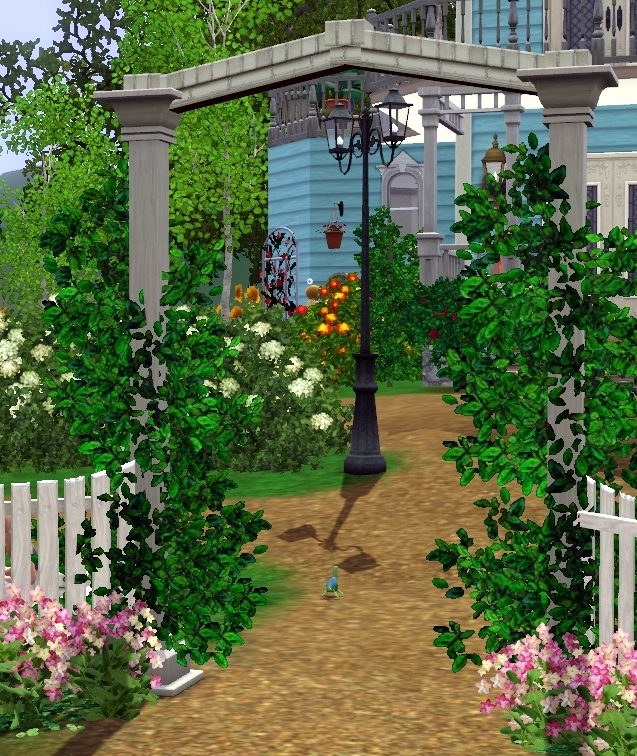 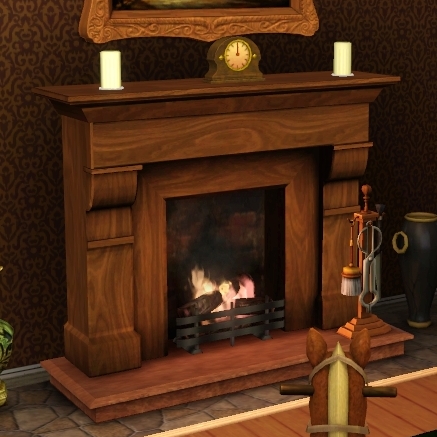 Description: Two storey Victorian house with attic. First floor contains a lobby, 1 bathroom, an utilityroom with backdoor, a kitchen, a dining room and a living room with fireplace. Second floor contains 1 small bedroom, 1 large bedroom with build-in closet and a fireplace and an open study and living room. Two balconies. Attic can be turned into a more usable room. Original plumbing. Playhouse and a summerhouse in the yard. 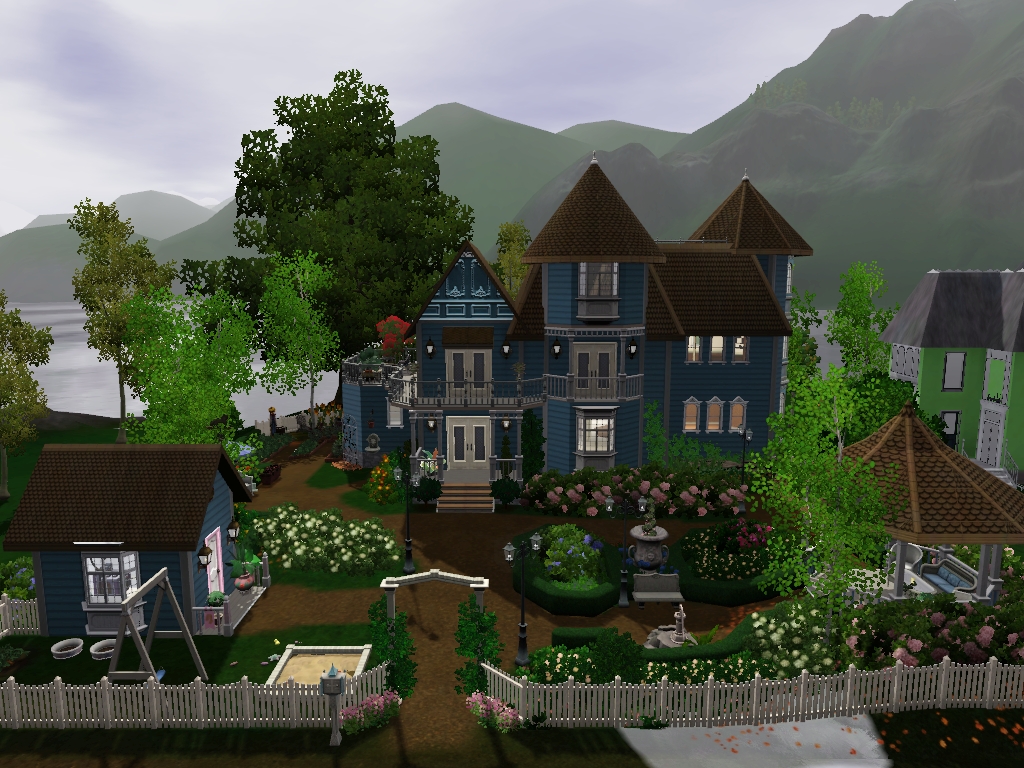 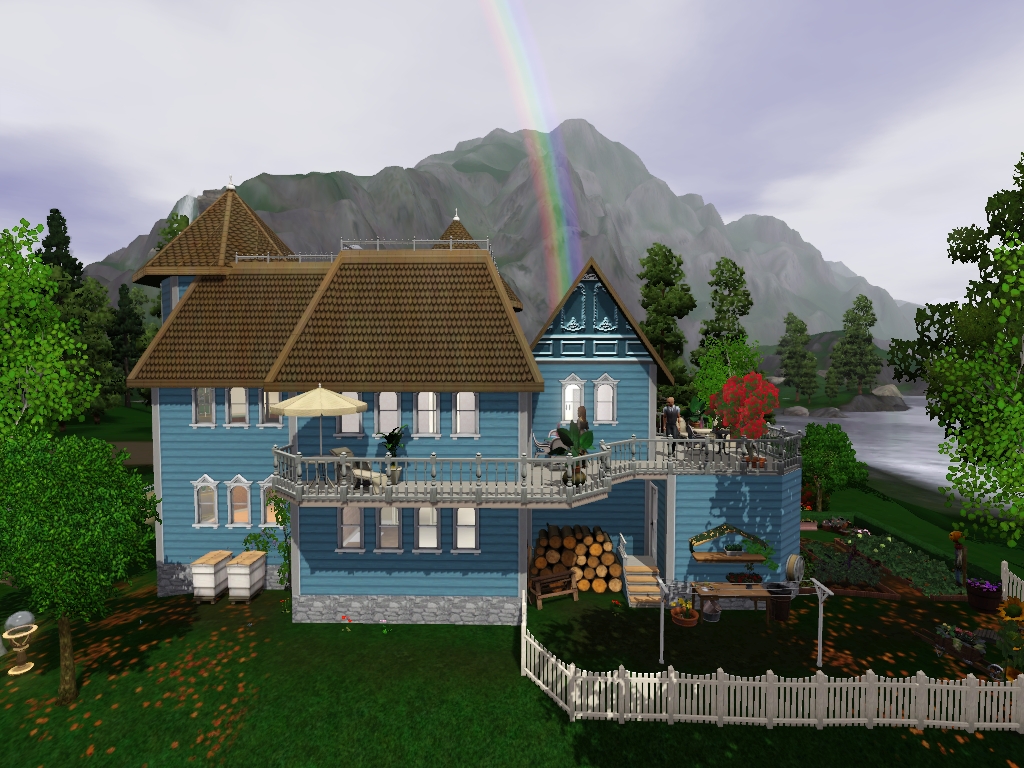 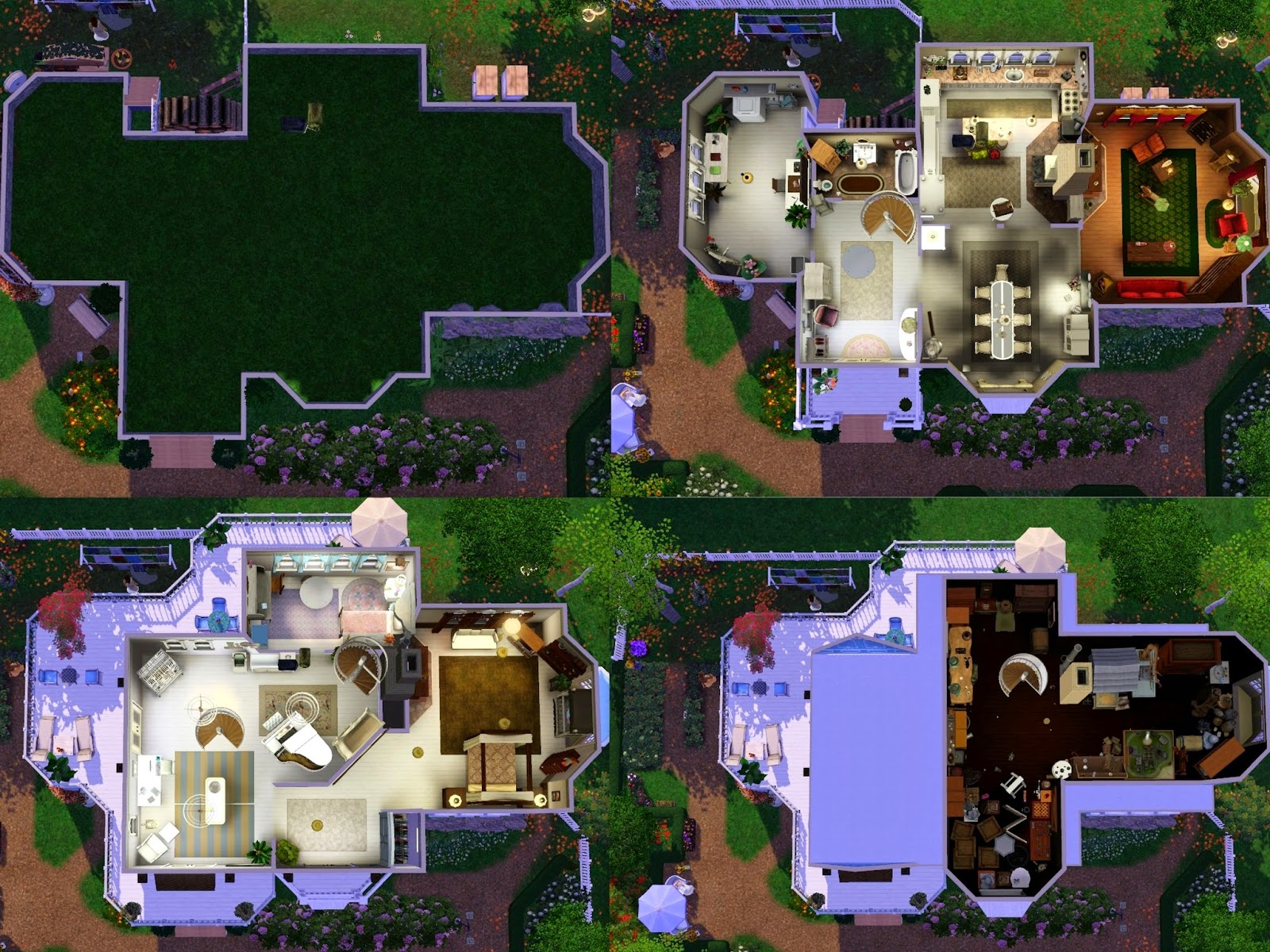